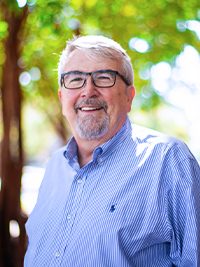 My major research interests are a) oil and gas exploration in sedimentary basins; and b) structural styles formed in contractional, extensional and strike-slip terranes. Since 1986, my research involved in determining oil and gas potential of sedimentary basins in Oklahoma and in Turkey.  Over the years, my graduate students and I worked on several projects related to petroleum exploration. These projects were mostly located in the Arkoma Foreland Basin of southern Oklahoma and sedimentary basins in southeastern and central Turkey. In the Arkoma Basin our work involved determining a) structural geometry and evolution of thrust faulting through the construction of balanced structural cross-sections; and b) the role of thrust faults in gas accumulation in the Pennsylvanian reservoir rocks of the Arkoma Basin.

I have been conducting research in structural geology using a combination of field, seismic, experimental, computer-based, and theoretical approaches. Specifically, my current major research interests are a) structural geology and tectonics of foreland basins; b) geometry and origin of rock fractures; c) extensional tectonics; and d) active tectonics.

a) Oil and Gas Exploration in Foreland Basins

Since 1982, I have been working on structural geology and tectonic evolution of the Arkoma Foreland Basin of the Ouachita fold-thrust belt in Oklahoma and Arkansas. This research is directed to oil and gas exploration in Foreland Basins.

b) Geometry and Origin of Rock Fractures

Since 2005,  I have been conducting research on quantifying the fracture pattern in different outcrops of the Woodford shale in southern Oklahoma for a better understanding of fluid flow and permeability.

Extensional structural features in the Basins and Ranges in the USA and in western Turkey are active and capable of producing large earthquakes.  Therefore my work in these regions also is related to determining earthquake potential of extended terrains.