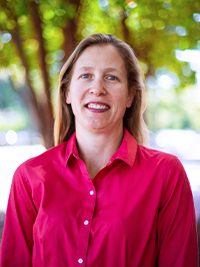 I enjoy discovering and researching how orogenic systems evolve from the proto-magmatic arc to fully mature collapsing systems. I want to understand how mountain belts grow and change in different tectonic environments. I combine tectonics, structural geology, geochemistry, geochronology, sedimentology, petrology, and field mapping to decipher the evolved structural architecture in orogenic systems. I concentrate my effort in the Himalaya–Nepal, India, Bhutan, southern Tibet. My research in the U.S. focuses on the development of the Appalachian Mountains in Alabama and the Cordilleran in Montana, and the rifting of Pangea and evolution of the Gulf of Mexico.

The 2019-2020 academic year has begun. My group has 2 graduate students plus graduated members are still publishing papers.

Goals: The main objective of this project is to determine the thrust belt geometry and document the kinematic evolution of the Salt Range-Potwar Plateau, Kohat Plateau, and Bannu Basin to determine the hydrocarbon potential of the region. To accomplish this, we have the following goals: 1) Two years of fieldwork with an international collaborative team from Pakistan and the United States; 2) Use field data to balance and restore cross-sections and model the results in a two dimensional computer program; 3) Equip and utilize a centrifuge modeling lab to turn two dimensional data into three dimensional modeling; 4) Use laboratory dating to bracket the time at which faults moved producing earthquakes; 5) Evaluate the hydrocarbon potential of this part of the Pakistani fold-thrust belt; 6) Publish at least three manuscripts in peer-review international journals.

Outcomes: This project will improve the quality and relevance of the Pakistan education and research system. Our collaboration will increase technology exchange as well as improve resources at the University of Peshawar. We will increase the capacity of science to improve the well-being of the Pakistani people by improving education and economic development. By utilizing new techniques and acquiring new data to assess and identify hydrocarbon reserves, we will address the severe energy crises and potentially improve the quality of life of the public. The project will improve the capacity of the University of Peshawar to support industry competitiveness because the results from this project will attract new investors from the hydrocarbon industry, which will create new job opportunities and will enhance the socioeconomic conditions of Pakistan. In addition to assessing the hydrocarbon potential of the fold-thrust belt, we are committed to the training and education of underrepresented groups in both Pakistan and the United States. By the end of the project, we will also be able to contribute toward earthquake assessment because of the computer and physical centrifuge modeling aspects of our proposed research.

The Himalaya and Tibet

Nepal: My Ph.D. was completed on the structure, stratigraphy, and kinematic history of western Nepal. I have walked 100′s of kilometers in the region and produced a geologic map (Robinson et al., 2006) and balanced cross-sections (Robinson, 2008). Subodha completed his dissertation in Central Nepal. Recently, we have published four papers about Nepal (Robinson and DeCelles, 2014; Khanal et al., 2014, Robinson and Martin, 2014; Khanal et al., 2015) and are working on more. I have a funded NSF grant to work in central and far western Nepal