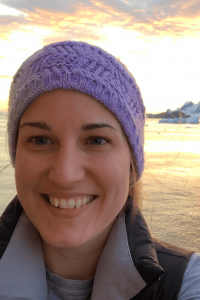 My research is driven by the impacts of recent climate change; I strive to better understand historic observations within a geologic context. My primary field area is in marine basins of Antarctica, where I reconstruct the behavior of tidewater glaciers, ice shelves, and ice streams from sediment cores, microfossils, isotopes, and geophysical data. Analyzing regional differences in glacial behavior will help elucidate controls on their stability, including internal glacial dynamics, drainage basin size, orography, oceanography, and climate. Understanding these controls can help us better predict glacial responses to ongoing climate and oceanographic changes.

I am also interested in flooding history and storm impacts in the Gulf of Mexico region, and specifically how climate and land-use changes affect coastal environments. Sedimentology, algal bloom records, and geochemical signatures of sediment cores collected from bays that drain major metropolitan areas are used to identify and compare post-industrial vs. natural Holocene flooding history.

NSF THOR Project: We are funded by NSF and NERC to study the past and present stability of Thwaites Glacier, Antarctica, which is rapidly receding and has significant potential to contribute to sea-level rise. Our Thwaites Offshore Research team (THOR) of the International Thwaites Glacier Collaboration has collected sediment and geophysical records through two research expeditions and is currently analyzing these data to elucidate drivers of recent changes in the Thwaites Glacier system, as well as changes over the last 10,000 years. University of Alabama’s role in this research involves ocean productivity and temperature reconstructions. We analyze microscopic fossils of diatom and foraminifera plankton populations, as well as stable isotopes, to reconstruct ice-shelf history, sea-ice concentration, and the influence of warm deepwater through time. 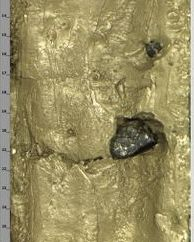 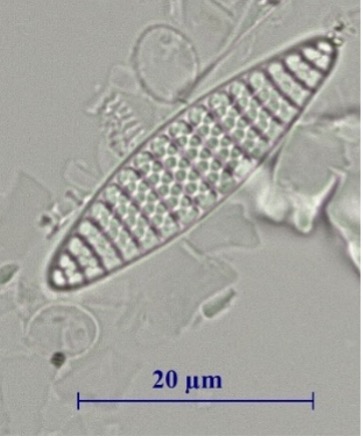 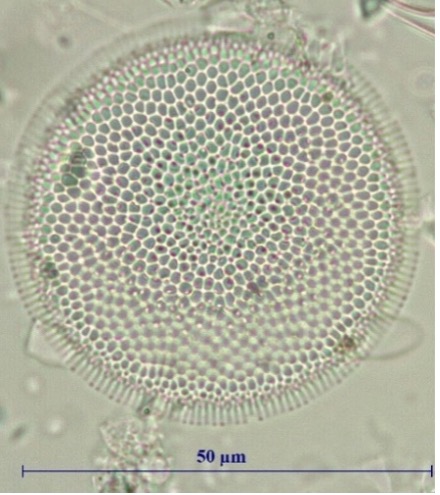 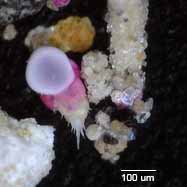 Example of a dropstone in a silty deposit offshore Antarctica. Oceanographic influence on glacier stability can be interpreted from microfossils preserved in the sediment layers, including offshore diatoms (like the ~20 micron Fragilariopsis kerguelensis shown in the middle), while temperature of the water can be interpreted from warm-affinity diatoms, like the circular Thalassiosira antarctica- warm variety shown here, as well as benthic foraminifera like Bulumina aculeata, shown here with pink staining the living tissues. Credit- Antarctic Research Facility (formerly FSU), A.N.R. Fonseca, and R.L. Totten.

BOEM Microfossils Project: We are also funded by the Bureau of Ocean Energy Management – Marine Minerals Program to reconstruct paleo-environments and Pleistocene-Holocene coastal evolution offshore Mississippi through microfossil assemblage analysis, in support of the University of Southern Mississippi Cooperative Agreement (PI Davin Wallace) to map and quantify offshore sediment resources. We are currently analyzing ~40 cores with USM across the paleo-valley system offshore Petit Bois and Horn Islands, with planned seismic acquisition this summer.

Paleo-reconstructions to improve coastal resiliency of Alabama and Mississippi: Ongoing work in the Mobile Bay-Mississippi Sound system is targeted at reconstructing paleo-storm and flood frequencies throughout the Holocene. With limited instrumental records and large paleoclimate data gaps in the Southeastern US, we aim to improve our knowledge of climate and storm relationships through long records, as well as quantify the impact of storms and coupled human impacts on ecology of estuaries. In collaboration with Drs. Davin Wallace (USM), Emily Elliott (UA), Fred Andrus (UA), Joe Lambert (UA), and other CoRPS faculty.

USGS EdMap Project: We have also been funded by the U.S. Geological Survey to map the Coatopa Quadrangle of the Gulf Coastal Plain, in a location with world-famous outcrops of the Cretaceous-Paleogene boundary. We work closely with the Geological Survey of Alabama Groundwater Division to map, measure stratigraphic sections, provide biostratigraphic zonations, and measure permeability that will help in building a groundwater model for the Tombigbee River system.

I am always searching for motivated students of sedimentology, micropaleontology, and stable isotope geochemistry to investigate some of our most pressing questions about the environmental and ecological impacts of past and present climate change. Contact me if this is you!

To learn more about what this research looks like, please visit our UA Sedimentary Geology and Micropaleontology laboratory website (microfossils.as.ua.edu).